Fostering a Better Conversation and Understanding of Islam: The Vital Role of Media

This World Leaders Forum program features an address, Fostering a Better Conversation and Understanding of Islam: The Vital Role of Media, by Vuslat Doğan Sabanci, Chairwoman, Hürriyet; Vice President, Aydin Doğan Foundation, followed by a discussion with President Lee C. Bollinger of Columbia University in the City of New York and a question and answer session with the audience.

In this special convening, Mrs. Doğan Sabanci will share her perspectives on the critical role that the media plays in overcoming misconceptions of Islam and advancing better conversations. A global leader in the effort to raise awareness about the cultural heritage and religious beliefs of Islam, Mrs. Doğan Sabanci recently hosted a panel with the Atlantic Council entitled Islamophobia: Overcoming Myths and Engaging in a Better Conversation. She was also a major sponsor of the Smithsonian Institution’s Art of Qu'ran exhibition. In this session, Mrs. Doğan Sabanci will identify specific actions that media stakeholders and Muslim communities around the world can take to break down barriers and stereotypes. 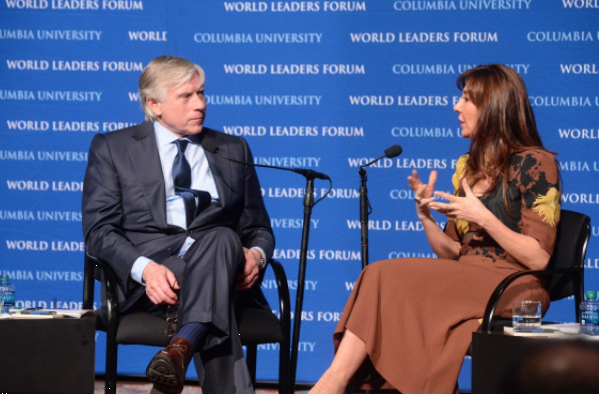