This World Leaders Forum program will feature a dynamic conversation with Columbia faculty, Presidential Global Fellows, and students from the Global programs on student participation at the eight global centers followed by a question and answer session with the audience.

This will be a firsthand opportunity for students to discuss ways in which the Columbia Global Centers network can be leveraged to address issues that matter to them. These discussions will illustrate the interdisciplinary collaboration being exhibited through the centers across the world. 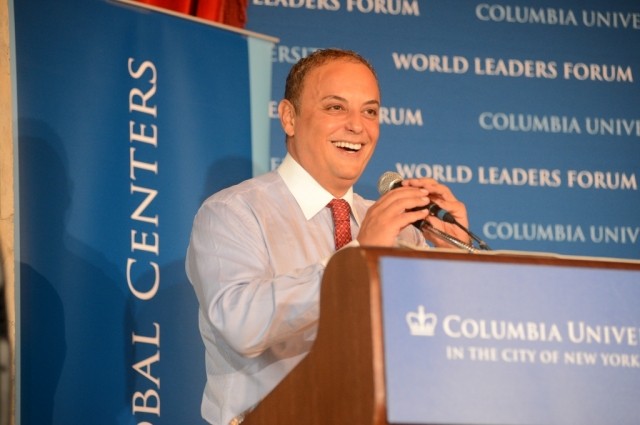 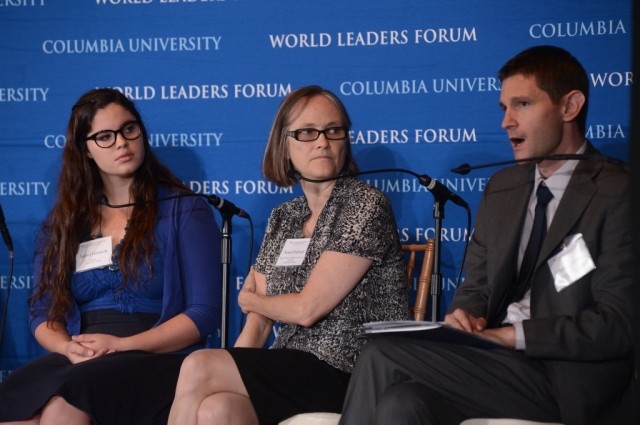 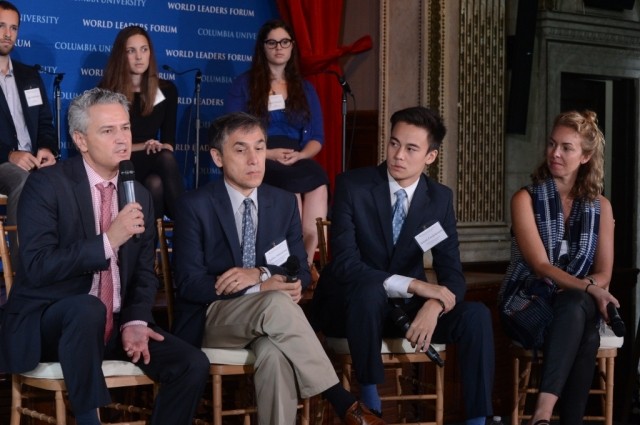 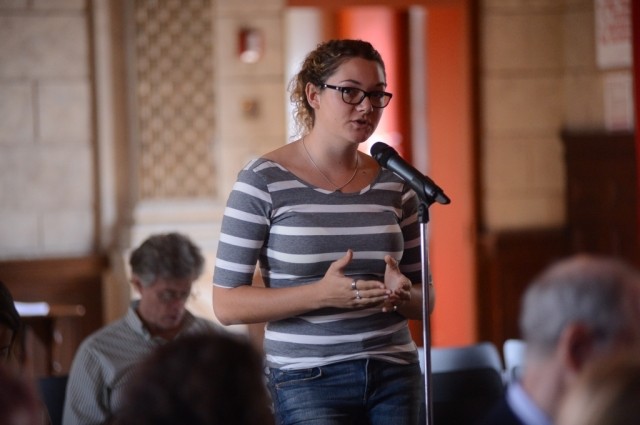 Anton Fredriksson is a senior in the School of General Studies majoring in Urban Studies. He arrived at Columbia last year after two years in France as part of the Dual BA Program between Sciences Po and Columbia. His research during the 2014 Global Scholars Program compared the role of decentralization in Russia’s and China's transition to market economies. Swedish and Chinese by ethnicity, Anton hails from Vancouver, Canada.

Isabel Genecin is a senior in the department of history writing a thesis on the lives and economic activities of two thirteenth century beguines.

Mary Grigsby is a senior in the School of General Studies, majoring in Middle Eastern South Asian and African Studies. Following the conclusion of the GSP 2014, Mary traveled to Kyrgyzstan where she finished her research on the transition from civic to ethnic nationalism in post-Soviet Osh and Bishkek. Mary is a member of the Undergraduate Committee on Global Thought and an intern at the Initiative for Policy Dialogue.

Jake Hamburger is a fourth-year undergraduate from Chicago, Illinois majoring in history and philosophy. His undergraduate thesis deals with the intellectual and political contexts surrounding the writing of Allan Bloom in the United States and in France. Upon graduation, he plans to spend several years living and teaching abroad before pursuing graduate studies in intellectual history.

Neha Jain is someone who is pursuing a major in Industrial Engineering (School of Engineering and Applied Science), Neha has a particular interest in applying her problem-solving skills to create a language-learning computer application that will help others improve their Mandarin skills. More generally, she is very interested in the intersections of entrepreneurship, technology, and innovation and how rapid globalization is transforming these fields. Coming from the suburbs of Dallas, Texas, Neha is an advanced student of Mandarin. She used her fellowship to Shanghai to improve her language skills and immersing herself in the business world of Shanghai.

Margaret Self is from Hamilton, Alabama, a small town with a population of just over 6,600, Margaret (Columbia College), and possesses a passion for education. A volunteer for America Reads in Harlem, she seeks to understand how regional and cultural approaches to elementary education can affect student performance. In particular, she is keen to explore how the U.S. and France differ in their approach to the integration of minority and immigrant populations in educational settings. She has begun the necessary coursework required to gain her teaching certification and aspires to be a leader in the field of education policy who will be able to affect change based on her global experiences both in and outside of the classroom. Margaret was a fellow in France where she worked on her French and immersed herself in Parisian culture.